While LG has shown some of its TV designs at CES, the company also showed off a couple of new home cinema projectors. These are actually more like ultra-short-throw projectors and were designed with private cinemas in mind rather than public venues like cinemas and theatres. 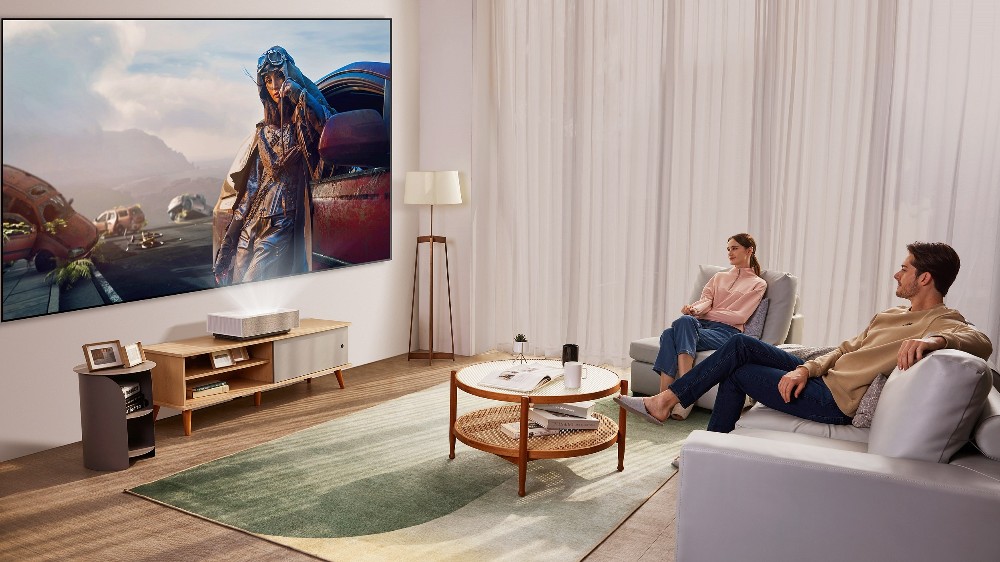 The higher resolution HU715Q is an ultra-short throw projector too (can be placed right on top of most surfaces) with dimensions of 380 x 149 x 78mm (HxWxD). It weighs in at 3kg without its stand which you can use to place it further back if you need more distance between it and the screen. The highest power supply voltage for this laser projector is 220V so international buyers might find they need converter plugs or transformers if their local supply isn’t compatible. 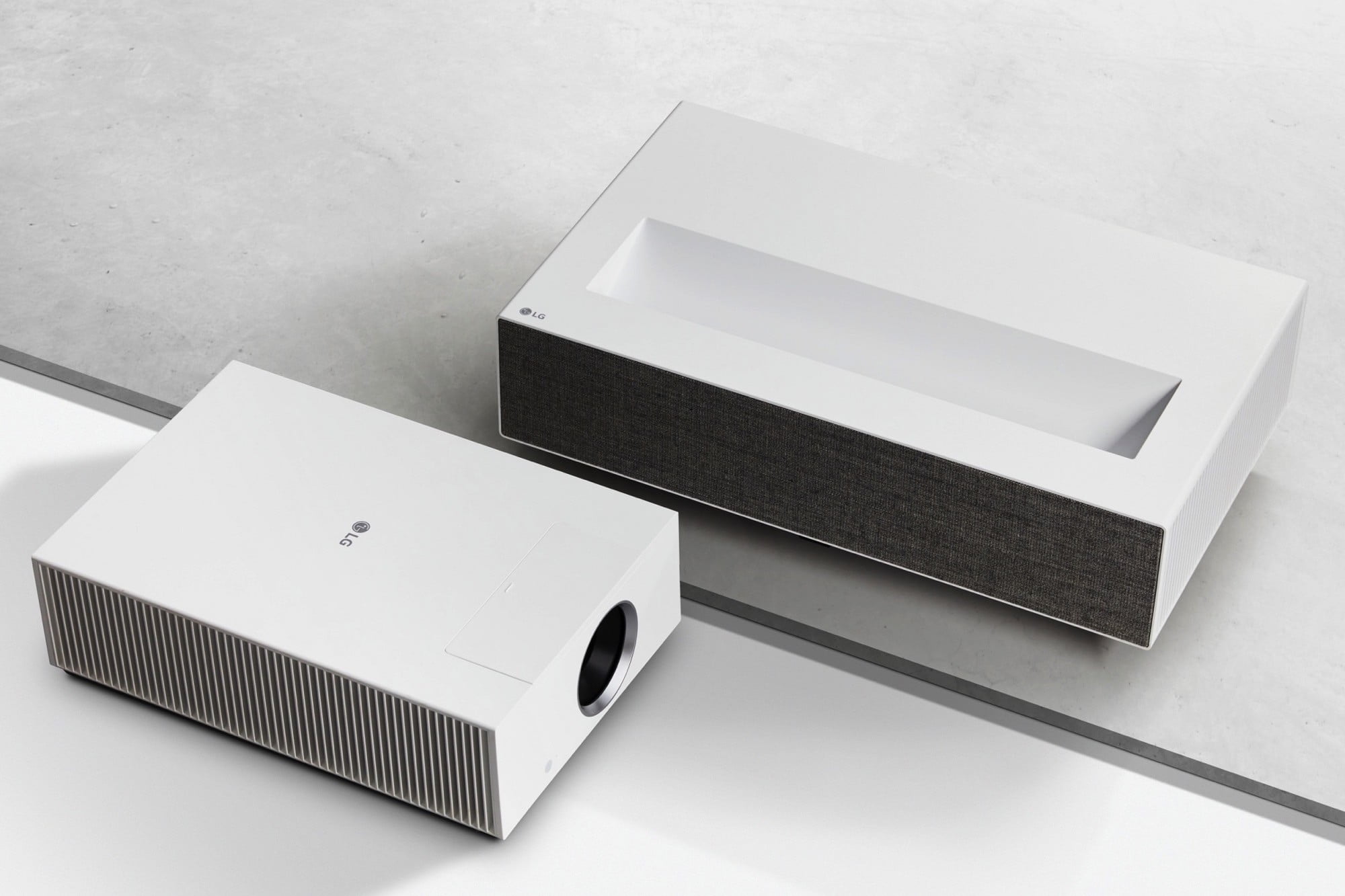 The other unit, the HU710P is a short-throw projector with dimensions of 400 x 217 x 143mm (HxWxD). It weighs less than 2.2kg but needs to be placed further back from your screen because it only projects up to 160cm distance between it and the screen due to its lower brightness output of 1,500 ANSI lumens.

Projectors with native 4k resolution (3840 x 2160) can also handle high-speed gaming. The contrast ratio of these projectors, which reach up to 2 million:1, contributes to more visible detail in dark and bright settings. They can provide horizontal and vertical alignment for a more flexible installation without causing image distortion thanks to the 4-, 9- and 15-degree keystone correction.

The HU715Q features a brightness of 2500 lumens (from its laser light source), whereas the HU710P has 2000 lumens of illumination through its laser-LED hybrid technology. Both can be utilized for 20,000 hours, demonstrating how laser lamps have an advantage in terms of life span over traditional projector bulbs.

Both platforms have webOS support with apps such as Amazon Prime Video, Netflix, and Disney+ accessible, as well as Apple AirPlay 2 and HomeKit for wireless streaming and smart device connectivity. This mode enables you to examine your content in more detail, by reviewing the color and appearance of the material. It also includes a feature set that includes Filmmaker Mode. Bluetooth 5.0 also supports aptX, as well as HD audio formats like Dolby Atmos and DTS: X. The HU715Q or HU710P is a decent choice if you want to connect a Bluetooth speaker system that can work with Apple’s AirPlay 2 or Android Auto (40W stereo for HU715Q, 10W stereo HU710P). No price has been revealed yet.

The HU715Q is covered in a Kvadrat cloth from a Danish textiles firm that LG says “combines the projector with home furnishings and interior design.”