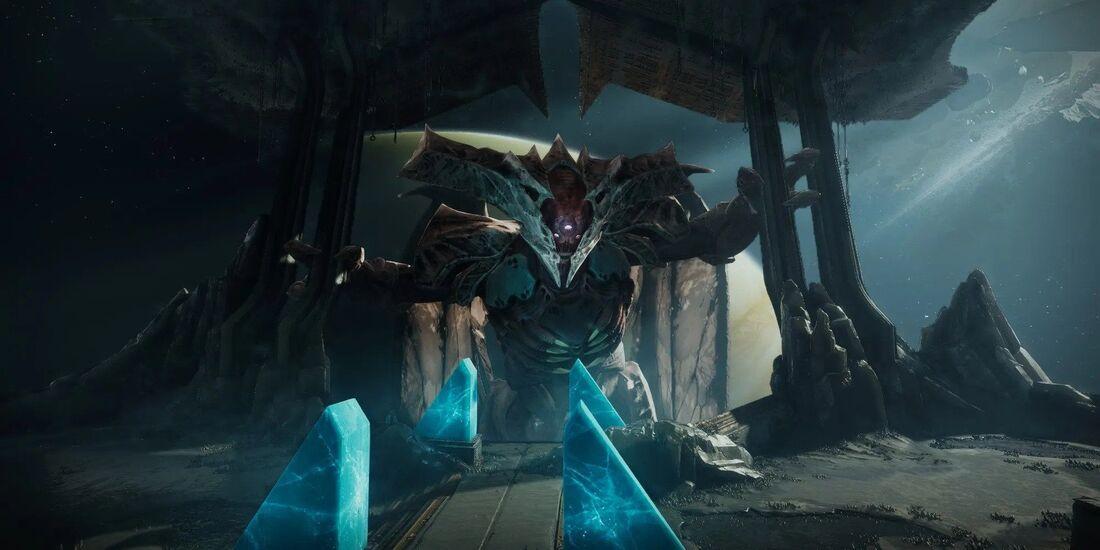 There are several hidden symbols in the King’s Fall raid that can spawn an additional chest. Players can spawn an extra chest after the Oryx encounter that rewards a guaranteed red border (Deepsight) weapon once a week by finding and shooting the three correct symbols. Spawning the Oryx additional chest is highly essential for players who’ve been farming weapon patterns. Also check our Symbols locations for Rhulk Chest in Vow of the Disciple raid.

Important Note: If you are in an encounter and activate the symbol, then wipe due to any reason, you may have to activate the symbol it again. Check each symbol after each encounter to confirm that no symbols were unintentionally activated (mainly the Warpriest symbol). And the Symbol near the second secret chest (Piston Jump Puzzle) can glitch out and not reward you with the runes accepted message even after activating it. (No fix for this yet)

How to Spawn the Oryx’s Extra Chest

Scroll down further for further explanations of the symbol locations if you know how to spawn the additional chest at Oryx. You must first find and memorize the symbols that reveal beneath the Hive portal structure during the first relic encounter in order to spawn the extra chest following the Oryx boss fight.

Go under the Hive platform, facing the starting area, and note the three symbols that display before beginning the encounter. These three symbols will now be hidden in various areas throughout the raid. You must discover and shoot the block that corresponds to the symbols.

These symbols will show up in nine different spots throughout the King’s Fall attack. Shoot the block to make the rune visible (assuming it’s the correct symbol). If you accidentally shoot the wrong block, shoot it again to turn the rune “off.” When you shoot the third correct symbol, a text will display on the screen that says: The runes accept your offering. After defeating Oryx, you would then receive an additional chest. This chest appears once a week and is guaranteed to contain a red border (Deepsight) weapon.

To receive the chest, you must finish the raid in one sitting. You are not permitted to travel to Orbit. You can’t search for three symbols and afterwards leave. It must be a single continuous run that ends with a clean clear.

The King’s Fall raid contains total nine symbols. You must locate three symbols that match up to the three you spotted beneath the Hive platform. These runes can be found throughout the raid, all the way up to the final room.

The first symbol can be found after crossing through the Hive portal at the swinging prisons. Turn around and look for the symbol below the ledge on the first one.

In the Hive jumping puzzle, the next symbol is located above the door to the secret chest. After passing the Hive ships, head to the location where the plates must be activated and travel over one final ship. Instead of going through the barrier, take a left and jump the diagonal slab up to the opening in the wall. Unless two persons stand on the plates the door won’t open. If you don’t reach the secret chest, you might just be able to fire it with a sniper rifle from the bottom area.

This symbol can be found towards the Annihilator Totems encounter’s left room. To find it, enter the left room and try looking up towards the ledge. You can trigger it either before or after the fight, as long as you don’t unknowingly deactivate it.

Another symbol can be discovered on the balcony at the upper right of the Warpriest room. Climb the stairwell to discover it. Like Annihilator Totems, you can activate it before or after the combat, as long as it is not turned off. (We recommend activating the symbol after defeating the Warpreist as there are reports it gets turned off after a wipe.)

A symbol can be located in the final pit of the Golgoroth maze. Jump across the last pit and face the way you came to find it.

Another symbol can be found in Golgoroth’s arena, in the lower left room.

The seventh symbol can be found next to the second secret chest in the piston walls jump puzzle. Find your way forward along the wall and toward the columns with the small platforms connected to it. Hold out your ghost to reveal a secret path. The platforms will appear as you move along the path. A hole in the wall at the top leads to the secret chest and symbol right next to it. This symbol can be found on the ceiling above the final door at the finish of the piston wall jump puzzle. The last symbol can be found inside of the Oryx arena, enter the final room and look back above the entrance.

All that remains is to defeat Oryx once you shoot all three correct symbols and verify that the on-screen text that “The runes accept your offering”. The chest will appear next to the boss chest once a week and will drop one red border (Deepsight) weapon. Good Luck Guardians! Now go and get that sweet loot.