Elon Musk tells US Representative AOC to ‘Stop hitting on me’

After Congressman Alexandria Ocasio-Cortez called out a “billionaire with an ego issue,” Elon Musk told her to stop flirting with him 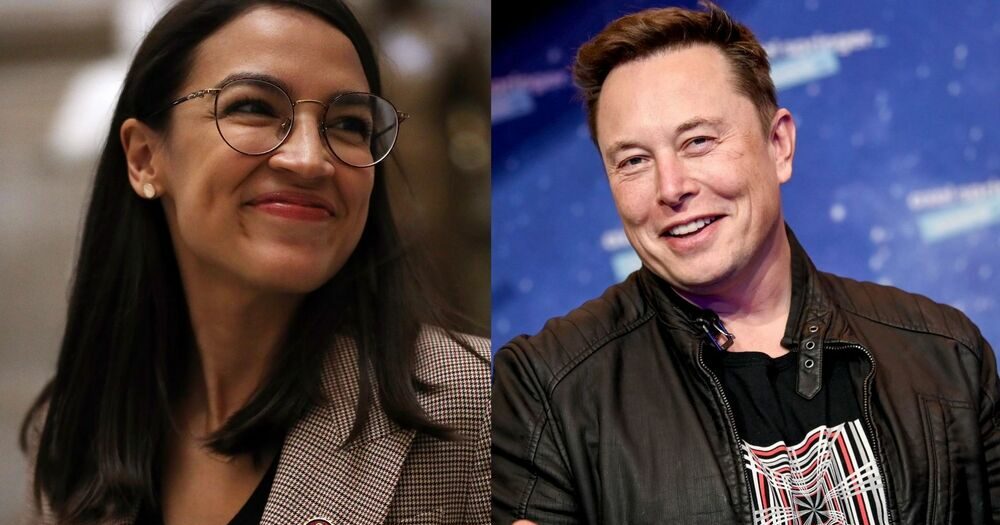 When Democratic New York Representative Alexandria Ocasio-Cortez criticized the “billionaire with an ego problem” who “unilaterally controls a massive communication platform and skews it,” Twitter users had no doubt she was referring to Tesla CEO Elon Musk. Elon Musk has been in the news after signing a $44 billion purchase agreement with Twitter.

Alexandria Ocasio-Cortez, also known as AOC, tweeted, “Tired of having to collectively stress about what explosion of hate crimes is happening bc some billionaire with an ego problem unilaterally controls a massive communication platform and skews it because Tucker Carlson or Peter Thiel took him to dinner and made him feel special,”.

Elon Musk responded to the harsh tweet by taunting the US representative, “Stop hitting on me; I’m really shy”

Ocasio-Cortez replied, “I was talking about Zuckerberg but ok.” She deleted her tweet shortly after posting it, according to reports.

There are worries that Musk’s support for free speech may lead Twitter to become a platform for hate speech. “Free speech is the bedrock of a functioning democracy, and Twitter is the digital town square where matters vital to the future of humanity are debated,” Musk said after acquiring Twitter.

A self-described freedom of expression absolutist, Musk has promised to turn Twitter into a haven for free speech – but many are concerned about his position on content moderation posing potential issues for the microblogging platform.