A leaker has recently revealed that three Fortnite-themed armor sets will be making their way to Destiny 2, adding credibility to the rumors of a crossover between the two games. 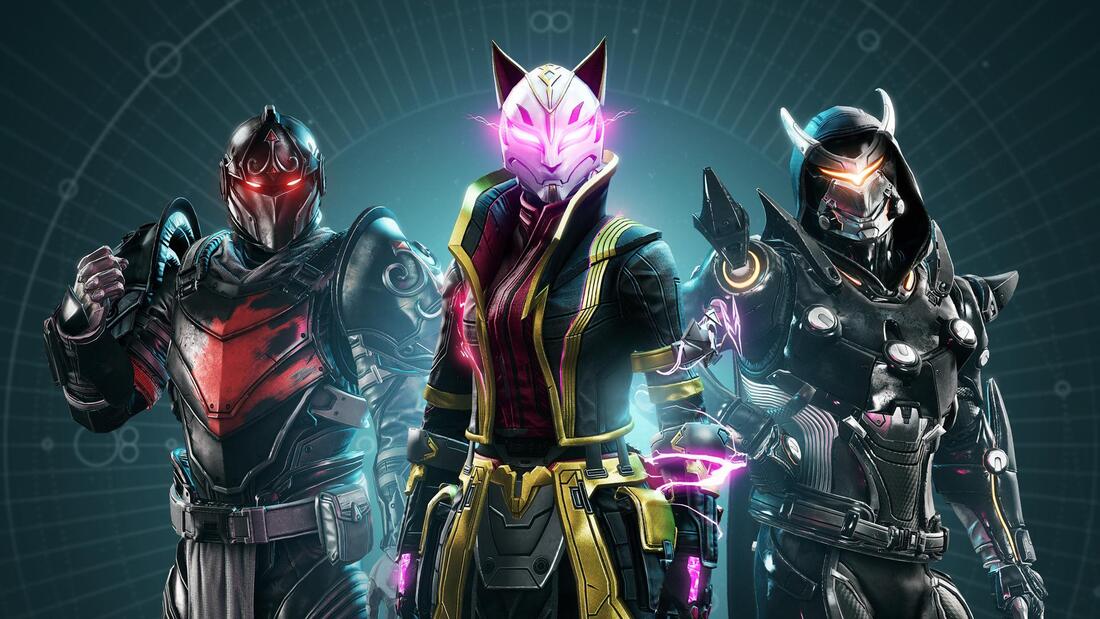 For a while, Fortnite leakers have hinted at an upcoming crossover between Fortnite and Destiny 2. Recently, they claimed that players of both games would get special rewards. Even though there hasn’t been much news about the potential crossover lately, something might be happening soon. A Destiny dataminer discovered an image with three skins that look very similar to those in Fortnite.

A leak has just appeared on Twitter, posted by GinsorKR, a famous Destiny 2 dataminer who tweeted an image of three guardians decked out in Fortnite-inspired armor.

HypeX and ShiinaB, two reliable Fortnite leakers also shared the tweet. They also claimed that we haven’t seen any of the content coming to Fortnite in return yet. It’s most likely that Fortnite will receive some skins based on Destiny’s iconic characters.

These are Destiny’s skins apparently, we still have to see Fortnite’s skins selection.

Fortnite is always surprising us with new collaborations, and they don’t seem to be slowing down anytime soon! Epic Games has already worked with Marvel, Star Wars, Naruto, Lego Ariana Grande, and many other gaming titles. Other game publishers have also had a chance to collaborate with Fortnite, which has brought in popular characters like Vi and Jinx from League of Legends and Kratos from God of War. The list goes on and on. This time it’s going to be Fortnite X Destiny, according to well know leakers and dataminers.

Fans of Dragon Ball are still celebrating the recent update, but many are already looking ahead to the next big collaboration that has been teased by leakers. Rumors of a Fortnite x Destiny crossover started circulating on Twitter shortly after the Dragon Ball update went live on August 16th.