COD Mobile Season 3 2022 is rapidly approaching. The third Call of Duty Mobile season in 2022 will bring the retro ’80s to feel to the popular mobile shooter. Season 3 is jam-packed with new stuff based on the most colourful century of the 20th century, and it’s called Radical Raid. Stroll across the thrilling Miami Strike multiplayer map while holding the powerful MAC-10 SMG. The new Reactor Core operator skill is being tested by the legendary Snoop Dogg. That’s just a taste of what’s to come. Continue reading to learn about COD mobile season 3 2022 schedule and time of release.

When is COD Mobile 3 2022 expected to be released? 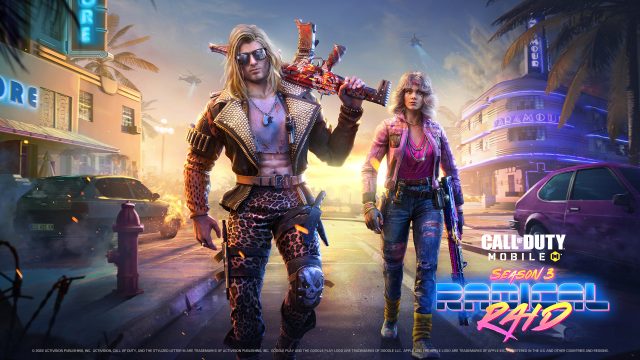 These are the official launch times, but COD Mobile developers, Timi Studio Group, frequently make last-minute adjustments. We’ve seen this happen several times before when the upgrade was released up to a day earlier than expected, so keep that in mind. The new season will be introduced at the same time, with the Radical Raid Battle Pass being introduced alongside it. This is significant if you want to spend as much time as possible grinding the new battle pass.

The same is true for Season 2 content. There are just a few days left until the conclusion of it at the time of writing. Make sure to complete any remaining tasks and unlock battle pass tiers, because you will lose access to that content if you do not. That is all there is to know about the COD Mobile Season 3 2022 release date and time, as a result of which.