Another Control LTM is returning, and a new map has been added to the rotation. The mode will only be available for two weeks during the event, which starts on March 29th and ends on April 12th. Arenas also has a new map called drop-off that has been included. The official patch notes may be found below 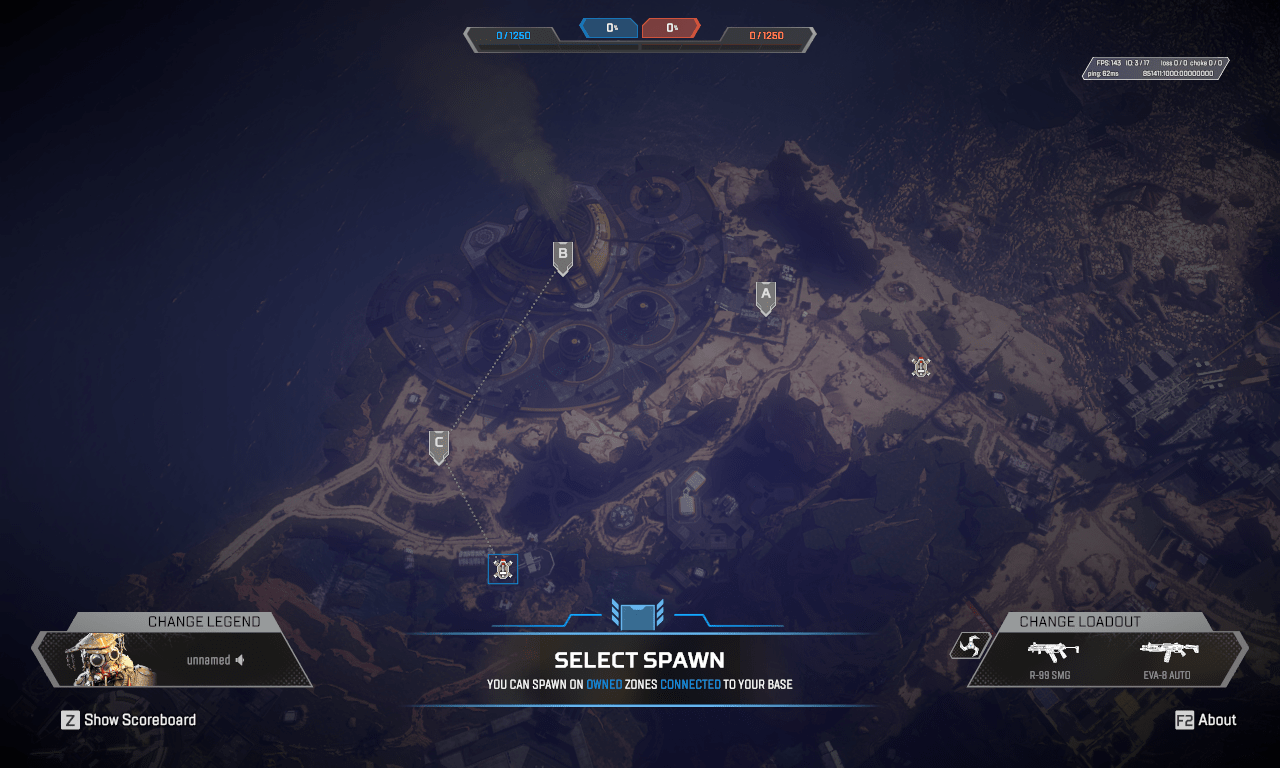 The Warriors Collection Event is back for two weeks with the reintroduction of our 9v9 mode Control! 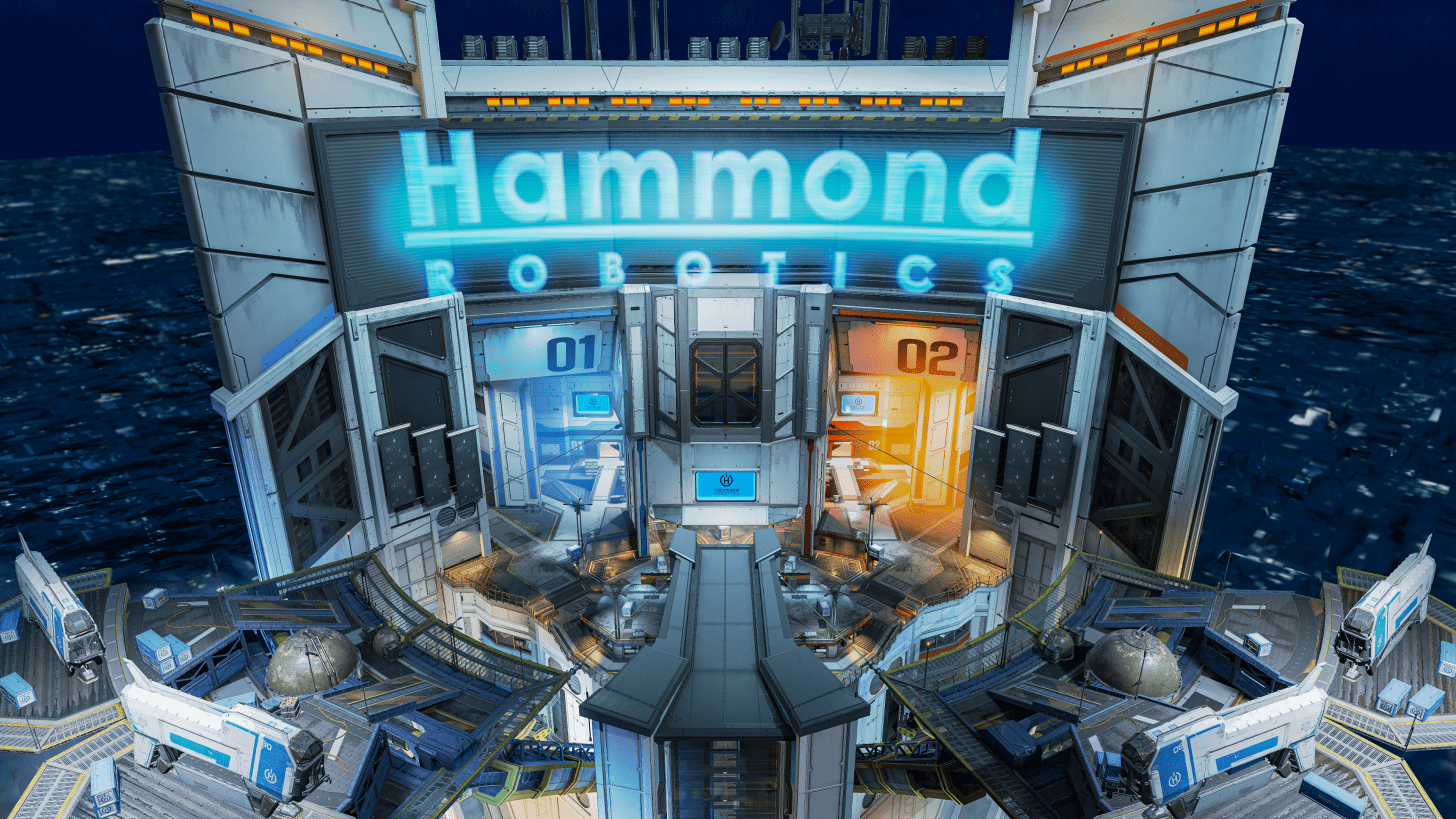 The fully automated Hammond Manufacturing Tower, which was built for a single purpose: the early production of crucial systems for Olympus, rises high above the city of Malta. Codenamed Drop-Off, the site is still in operation, but at night, Arenas fighters covertly commandeer the place for fierce matches under the smoggy skies.

The POIs in Drop-Off may be divided into two general categories: Interior and Exterior. The inside is split across two POIs: the Observation Deck and the Deployment Line, while the outside has the Loading Bay.

The Observation Deck is a higher vantage point, provides access to an airdrop, and protects you from the perils of long-range combat. However, this comes at a cost: the lower ceilings of Legends limit some of their vertical combat capabilities, but it also allows for a more straightforward and predictable battle of close-range wits. 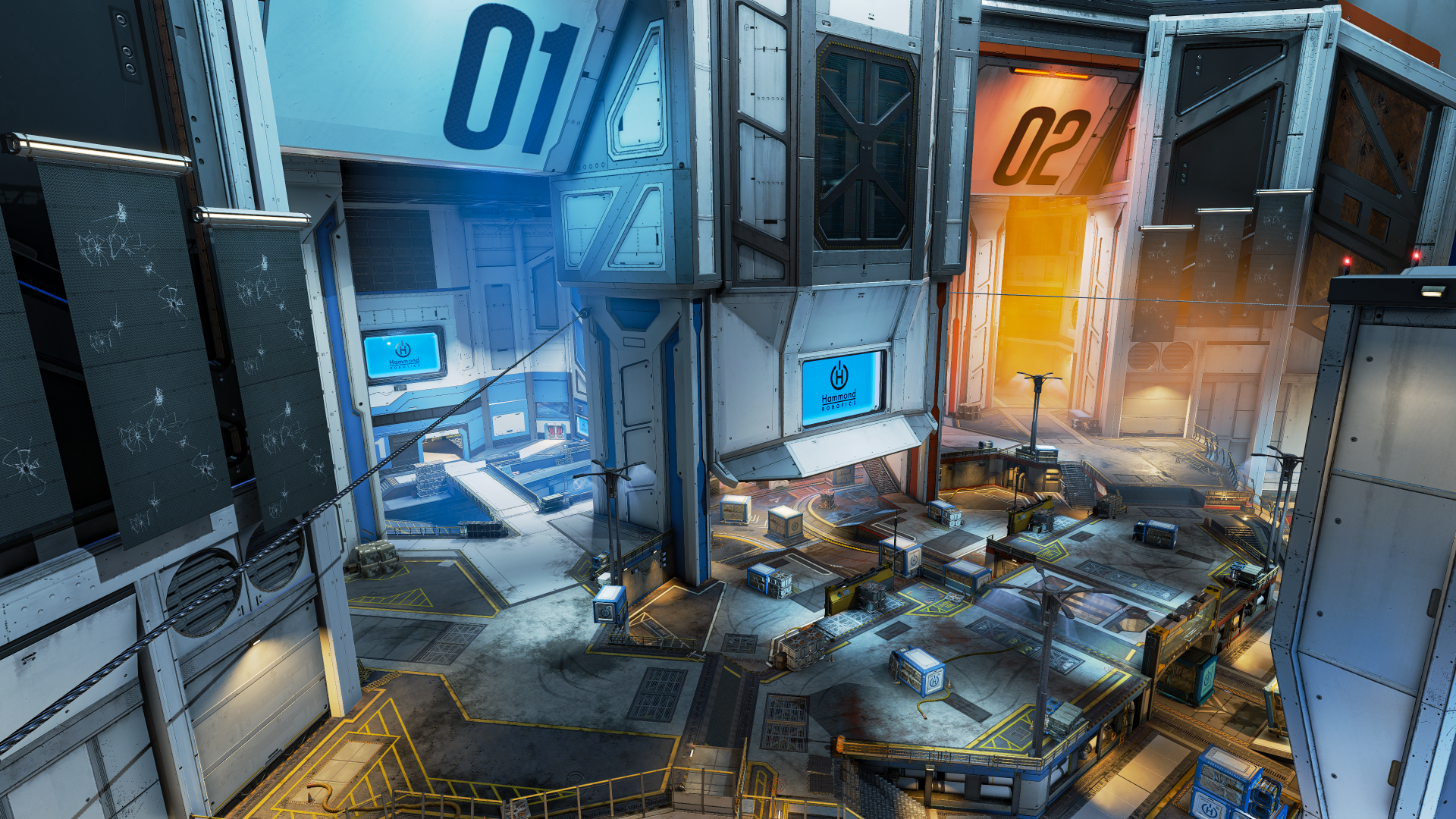 Finally, Drop-Off’s Deployment Line is discussed. The route effectively separates the map in two, culminating into Loading Bay as a pseudo-mid cargo shipping container that travels slowly along the line, acting as a dynamic cover that opens up plenty of movement options.To surprise your opponent, choose a time when their backs are turned. Take advantage of the containers’ mobility by laying some surprise traps with specific legend abilities? Isn’t it true that everyone likes a Caustic trap that moves?

Last, but certainly not least, the Loading Bay allows fights to develop on two offensive mid-ground platforms while simultaneously overseeing and dividing them via the Deployment Line. Legends may now utilize more… vertically oriented combat possibilities with the night sky above them. However, keep in mind that there are additional hazards associated with open areas and a stunning vista: plummeting to your death.

While small railings guard the perimeter, falling to your death is still a possibility, and fights out here are focused on mid-to long-range sightlines, while containers moving along the deployment line serve as cover against the poorly defendable low-ground. Low-ground areas within the mines are scattered with Material Canisters, making the risk-to-reward ratio that much more appealing. So be sure to check out Drop-off while playing during the Warriors Collection Event. 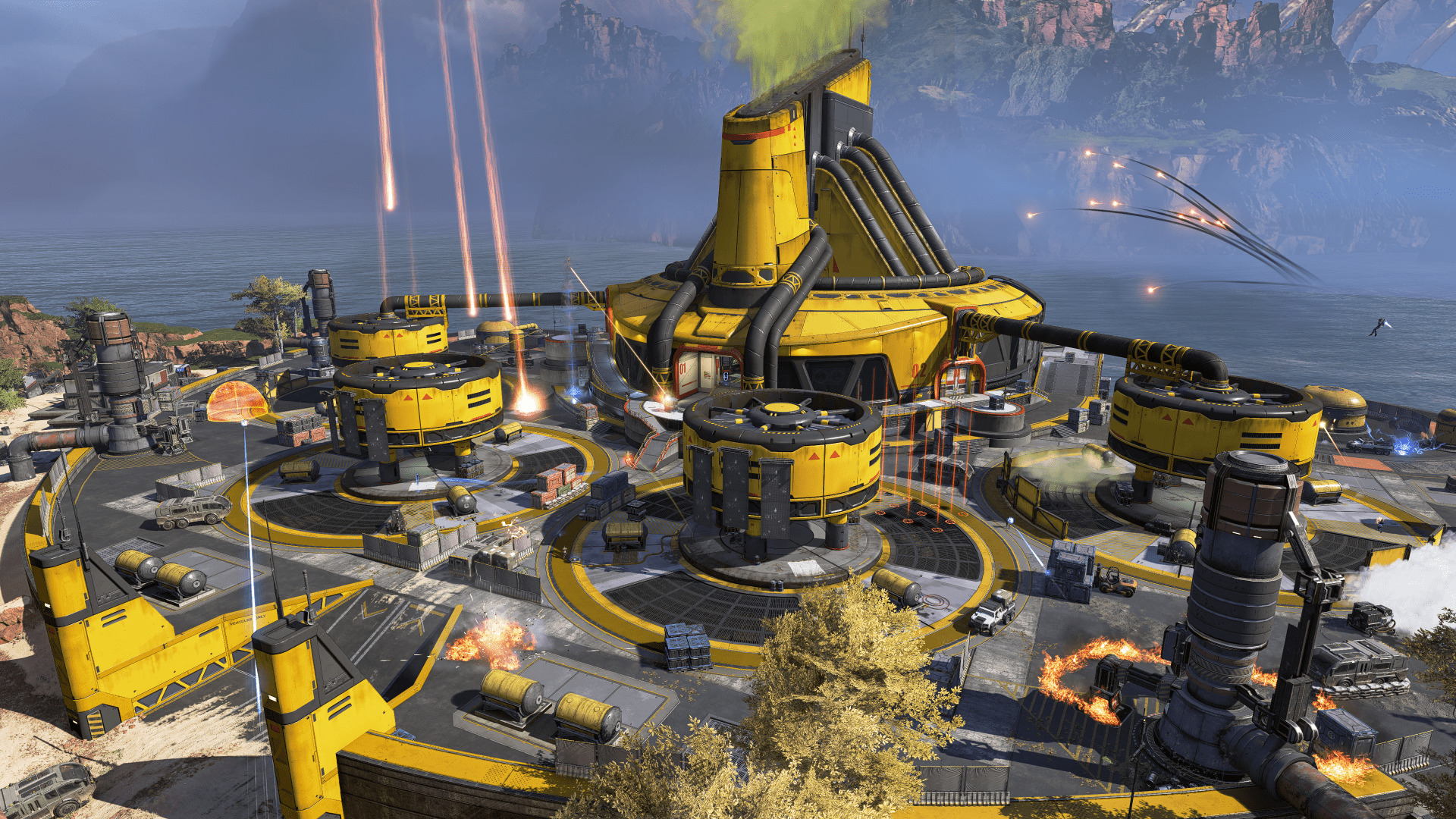 Caustic Treatment on Kings Canyon has been included this time. So, get your squad together, choose your loadout, and battle for uncontested dominance over Olympus, Storm Point, and Kings Canyon. Created by Silva Pharmaceuticals.

The Caustic Treatment has become a three-point battleground for control of Kings Canyon. The area has been expanded with additional cover, ziplines, skydive launchers, and even a hover tank in order to balance the environment and enhance flow to the points. 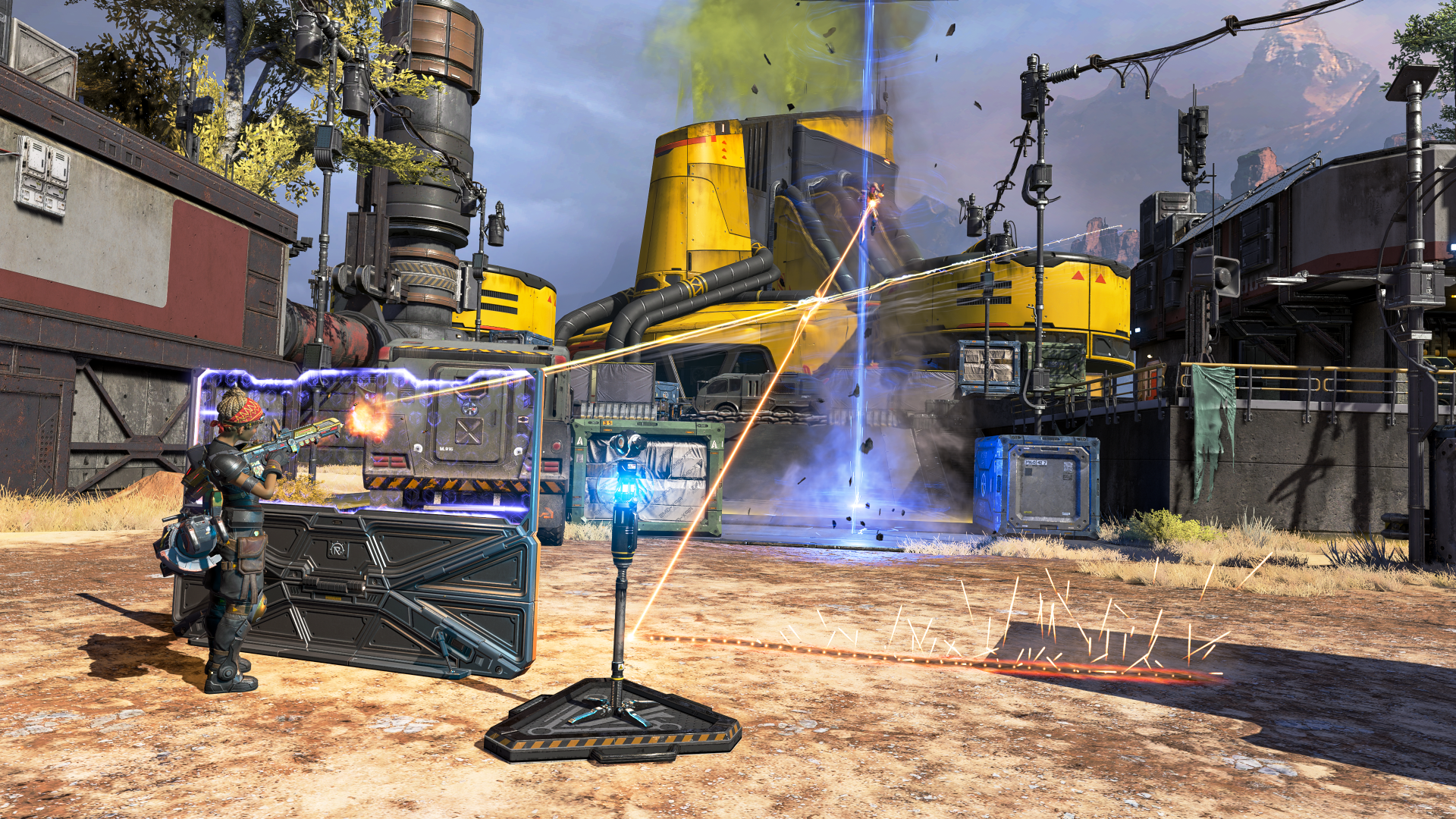 The ‘Caustic’ Lab is protected by a strong team of heroes, including several legends. However, defenders may be easily routed if they are not properly organized and assaulted with a well-timed offensive push.

Finally, you may “accelerate the inevitable” by utilizing the terminal inside his laboratory. The toxin levels will be raised if you interact with the console, resulting in a hazardous trap for legends hoping to catch B.