A Memoir Blue Review: A Mother-Daughter Journey of Love

Stunning presentation of Art and Poetry A Memoir Blue is a short first game from Cloisters Interactive. They made a great game by knowing exactly what they wanted to be and never straying from it. This interactive poem tells a story about a mother and daughter. It is unusual because there are no spoken words in it. The story is told entirely through pictures and sound, and each playthrough lasts around one hour and a half. The game is inspired by the life of its creative director, resulting in an unrivaled bittersweet credibility that elevates the entire production.

A Memoir Blue is the story of Miriam, a great swimmer. She enters her memories to explore her childhood and relationship with her mother. The tale uses water as a motif on numerous occasions, symbolizing different meanings at various intervals but never becoming too heavy-handed. I think that the visuals in this game are often used to express a deliberate feeling or thought. But it is up to individual players to decide what they mean. I still have some thoughts about a few of the more remarkable images after completing the whole game.

A Memoir Blue’s art style is the main attraction in the game. Miriam, as an adult, is drawn in a 3D style, but her childhood self and mother are drawn through hand-drawn 2D animation. In one sequence, the visuals and backdrops can switch back and forth between three dimensions and two dimensions in a really creative manner.

One of the first sequences in the game depicts Miriam and her mom fleeing their awful existence with Miriam’s tyrannical father by taking a train. The act of ripping down posters on the train provides you with insight into their tumultuous family history. When you see it in person, you can tell that a lot of thought and care was put into making it look good.

The music in the game consists of a few nice ambient tracks and a few unique acoustic songs with vocals. This music helps to set the atmosphere and create a certain feeling while playing. I personally love acoustic songs. They have a nice sound and feel to them that is satisfying. Everyone’s experience will be different, of course.

Memoir Blue is not a walking simulator because you do not control the character most of the time. You usually only control the character when you are interacting with specific objects. This game is best played on a PC with a mouse. That’s because on the PlayStation 5, you can’t use touch controls or haptic feedback. Even though it’s simple to control the game, you can press L2 and R2 to put your cursor over important items right away. Although PS5 had some performance issues, it seems that the designers may have made some final optimizations. 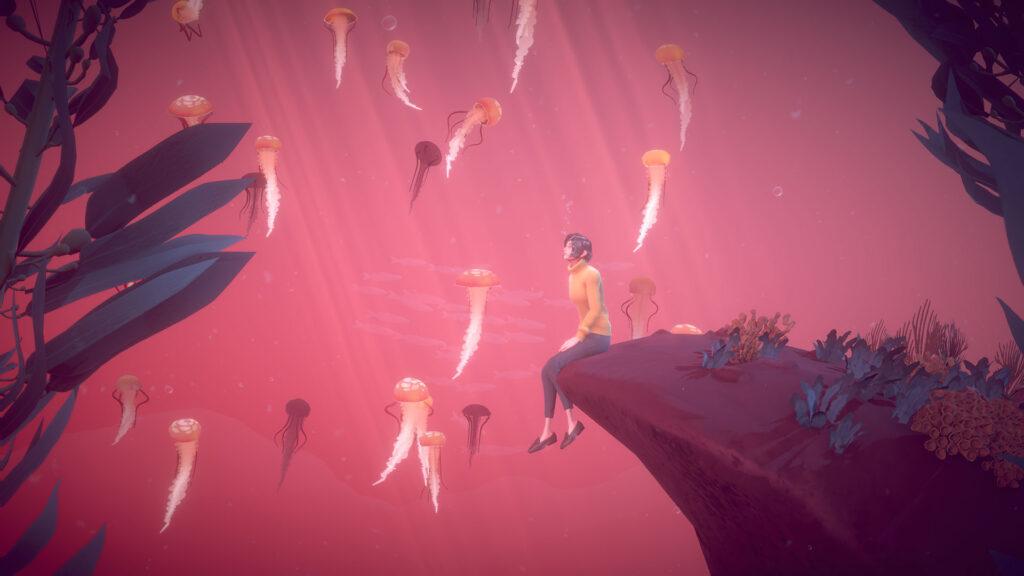 Previously, I said that it doesn’t always feel like you’re playing A Memoir Blue. You are adding to it. The game is every bit as much an interactive poem as it claims, and all of your actions seem to be the final touches on someone else’s private piece of art. You may, for example, pull the sun down from the sky to conclude Miriam’s day, and then you change the TV channel to a certain station in order to catch child Miriam’s attention.

There are a few times in the game where you get to use your own creativity. But for the most part, you are just following Cloisters Interactive’s script. And to be honest, A Memoir Blue benefits a lot from it. There are many games that give you more information about the world by examining random objects. A Memoir Blue is different because it provides all essential information in a more creative and artful way. This is a game that simply highlights the important stuff, and it has the confidence to just roll credits after its brief narrative. The end credits are the only portion of A Memoir Blue that you can skip, ironically.

The first game from The Cloisters Interactive is not perfect, but it is a good start for the small development team. They are trying new things in the medium with this game, and that is worth applauding. 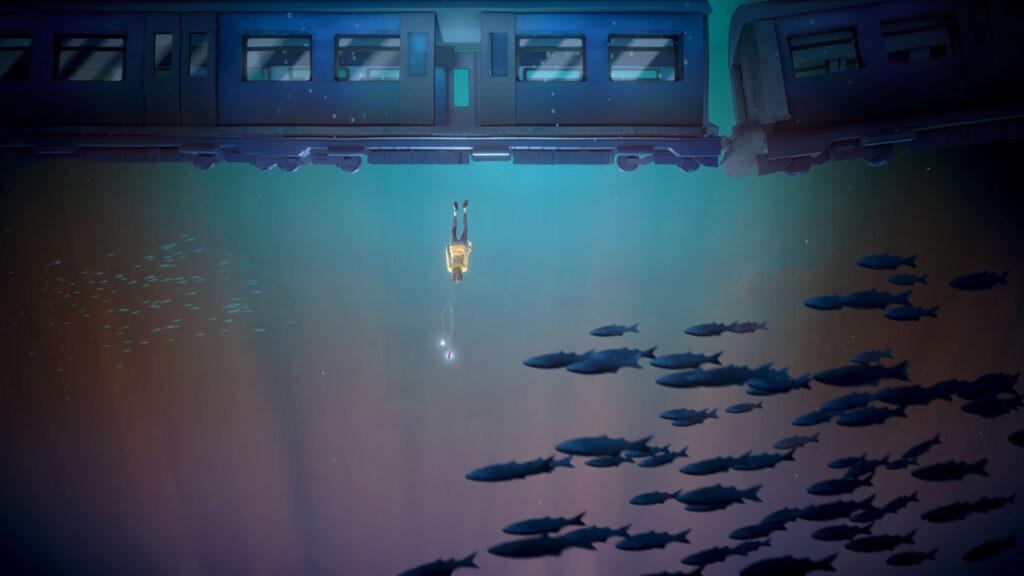 Its construction, presentation, and game design make it worth the money of admission on their own. However, its moving narrative will stay with you long after the credits have finished rolling.

A Memoir Blue is not likely to revolutionize video game storytelling. It is a basic tale of mother-daughter reconciliation, but it is presented in a very clever way. The 3D/2D combination makes the story very dense and full of meaning. A Memoir Blue is, in every sense of the word, a finely crafted work of art, and it’s a fantastic way to start a fresh game development studio.